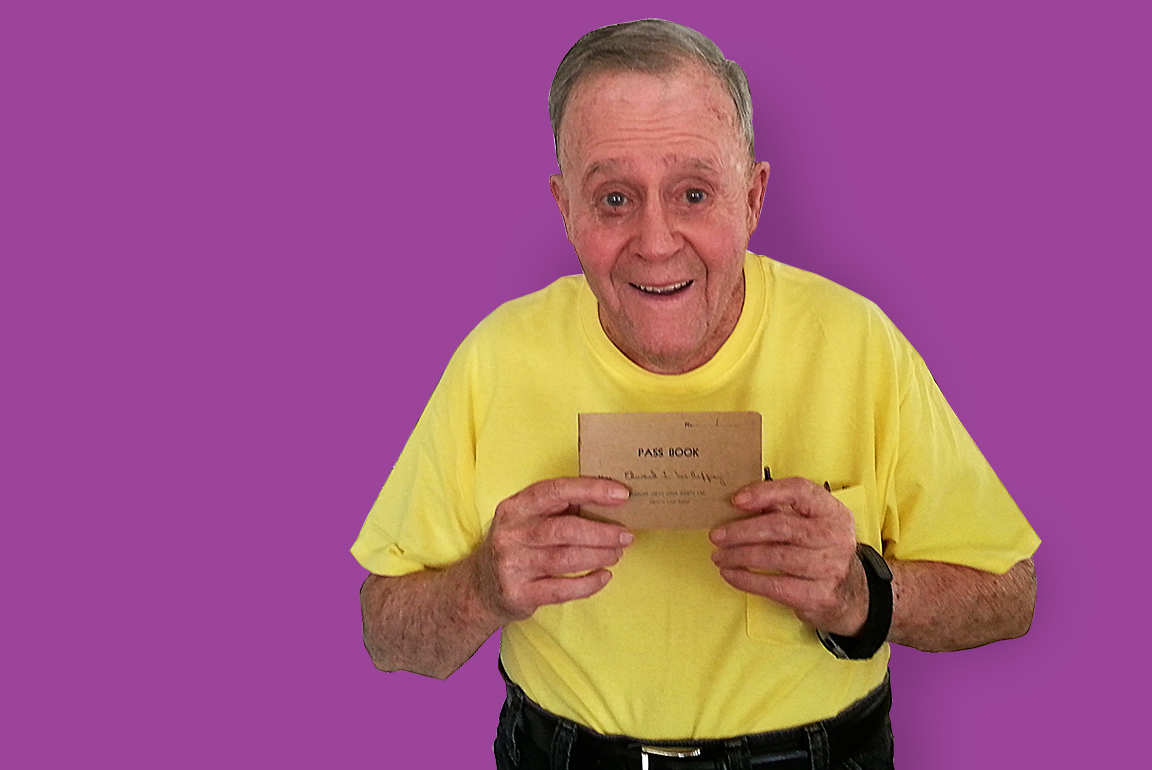 Assiniboine Credit Union’s first member Ed McCaffrey vividly remembers how and why he and his former colleagues started Assiniboine. Now over 90 years old, and although he has packed and moved many times over the decades, Ed still has his “member #1” Assiniboine passbook made out in his name.

It was 1943, and although the economy was bouncing back from the Great Depression, Canada was feeling the effects of War World II. Unable to serve in the war, Ed — a 23-year old transit worker with a social conscience — watched as fellow co-workers struggled to pay their bills, were ignored by banks and fell victim to payday lenders when they were in need.

Ed, his wife Anne (a former bank teller), and a few of his colleagues from Winnipeg Electric Company got together to start Assiniboine Credit Union Society Ltd, with a mission to support families with a “genuine need”. Although credit unions were still fairly new in Manitoba, they envisioned starting a credit union with a mission to support people who needed to borrow money just to pay their regular bills, get through a crisis and avoid the usury fees of banks.

Ed and his eight work colleagues, started Assiniboine as an open bond credit union, which meant anyone in the community was welcome to join. Assiniboine’s growth was slow at first and primarily built on membership from Ed’s workplace, The Winnipeg Electric Company.

The Value of a Loan

The first Assiniboine loan underlined the credit union’s social mission: a member borrowed $50 to pay an outstanding medical bill at a time before national Medicare was available.

We made loans for reasonable purposes – like medical needs. If you had a genuine need we would do our best to see that you got a loan.

Before the end of the decade, Assiniboine opened a branch on Pembina Highway at Waller Avenue. And by the end of the ‘40s, Ed’s credit union had 33 members and total assets of $2,567.

Over the next 70 years, their good idea continued to see major growth as Assiniboine survived economic challenges and political changes. Through it all, Assiniboine has maintained and deepened their vision to provide financial services to the underserved, support local communities and work toward environmental sustainability.

It’s both a long way, and yet a short distance, from our 1943 start when Ed McCaffrey created a very good thing, indeed. Thank you Ed, for grounding your banking mission in values that put the well-being of people first. Today, Assiniboine honours that vision by ensuring that our decisions, our actions, our profits, and our influence make a positive social and environmental impact. It’s not just how we do business, it’s why we do business. 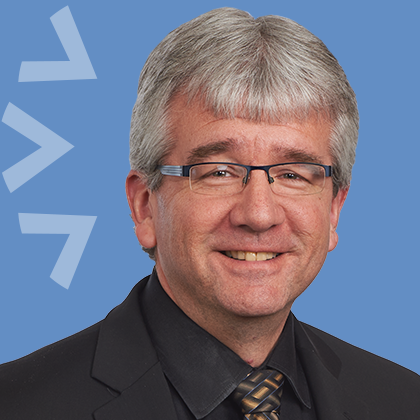 Kevin took over the helm as Assiniboine’s President and CEO in 2014. With a decade of experience in the credit union system, Kevin is passionate about co-ops and committed to the values and principles of the co-operative community.