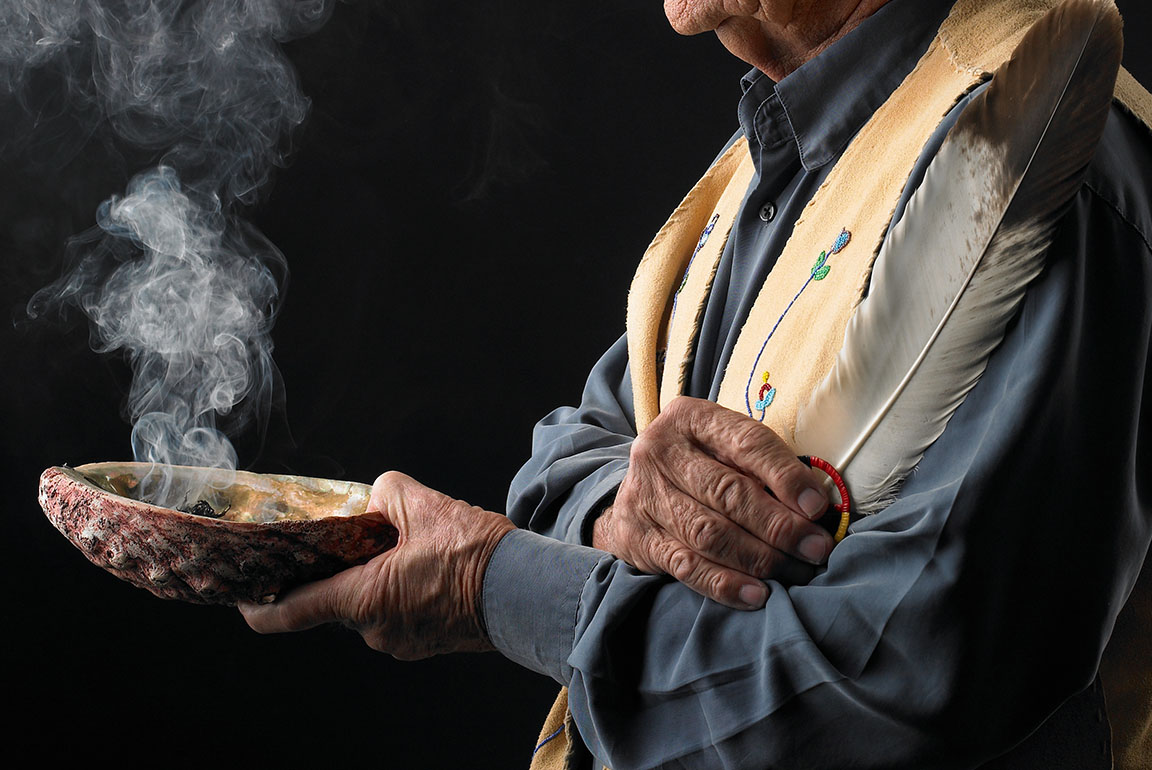 Eric Friesen’s job is to take a chance on people.

Oshki-Giizhig means ‘new sunrise’ in Ojibway, and that’s what the organization tries to create out of the shadows cast by FASD.

“The majority of the people we work with are involved with the justice system and live in poverty,” Eric says of his organization’s clients. “A lot of our clients are transient and struggling with mental health issues. Many have also been affected by discrimination, colonization and intergenerational trauma.”

Since the majority of its clients and staff are Indigenous, Oshki-Giizhig takes a holistic approach to community-based support that’s modeled on the traditional medicine wheel. It incorporates Indigenous teachings and cultural practices to enhance the physical, emotional, intellectual and spiritual well-being of its clients with FASD.

Since FASD stems from alcohol exposure in the womb, people with FASD have the deck stacked against them from birth. Despite the daunting odds — or perhaps because of them — Oshki-Giizhig “will walk beside, advocate and support” its clients, using cultural practices and traditional teachings as part of the journey forward.

“We provide outreach support and we have a drop-in component,” Eric continues. “This includes housing services and supports, as well as day services like an educational program.”

Oshki-Giizhig supports people with FASD who often don’t know where else to turn, but it also leans on others for support. While the organization was originally founded with a small grant from a charitable organization, in 2014 it ran out of places to turn for growth financing.

Financial support when and where it’s needed most

When Oshki-Giizhig sought financing to grow its nascent operations, doors didn’t exactly swing wide open. Like many of its FASD clients, Oshki-Giizhig was hampered in its quest for help because it simply didn’t have a track record that was considered bankable.

“We actually tried a couple of other financial institutions before we were referred to ACU, and none of them would really work with us because we were new,” Eric explains. “We didn’t have an audit or financial statements yet because we had just incorporated.”

That’s when, at the suggestion of some other local non-profits, they contacted ACU and met Mihaela Pirlog, Community Account Manager.

“Since Oshki-Giizhig didn’t have a history and they were a very small organization, nobody was willing to work with them at the time,” Mihaela remembers of their first encounter. “But to be honest, I saw the potential in them and knew we needed to try and help out.”

Mihaela provided much more to Oshki-Giizhig than just a small, initial line of credit, Eric says. She listened to them talk about what they needed, then patiently educated them on what ACU needed, as a lending institution, in order to establish an ongoing relationship with them as a charitable organization.

“ACU’s initial response wasn’t ‘no.’ They said ‘okay, we understand this is what you need, so this is really what ACU needs from you to be able to help in addressing your needs,’ which was a refreshing approach,” Eric recalls. “Mihaela has been with us since the beginning and she’s been nothing but supportive.”

Mihaela points out that ACU launched CFC just two years before Oshki-Giizhig was created. “We grew together, and here we are almost 10 years later. Oshki-Giizhig is a great organization doing great work in the community,” she says.

Eric says some of the brightest glimmers of hope shine through clients with FASD who had previously lost their kids to ‘the system.’

“Through our support services and in collaboration with the child welfare system, these individuals are now able to parent their children, and their kids are living with them. Not only are they thriving, but through our ceremonies, the children are being connected with their culture and spirituality,” he says.

Oshki-Giizhig is trying to find a way through its own loss as well. Co-founder Grant Duncan passed away at the age of 65 last December. Grant’s longtime partner, Marlene Roche, told the Winnipeg Free Press he was proud of Oshki-Giizhig’s work to “stop the cycle” of babies being born with FASD and of trauma being passed on from one generation to the next.

Eight years after it started, Oshki-Giizhig continues to create a new cycle of renewal and reconnection for over 100 clients and more than 80 employees. With their support and vision, its clients and the community they serve will be able to move forward and view many beautiful and rejuvenating sunrises together.

Oshki-Giizhig is a registered charitable organization. Learn more about its programs here, and for those interested in contributing, donations can be made online here.