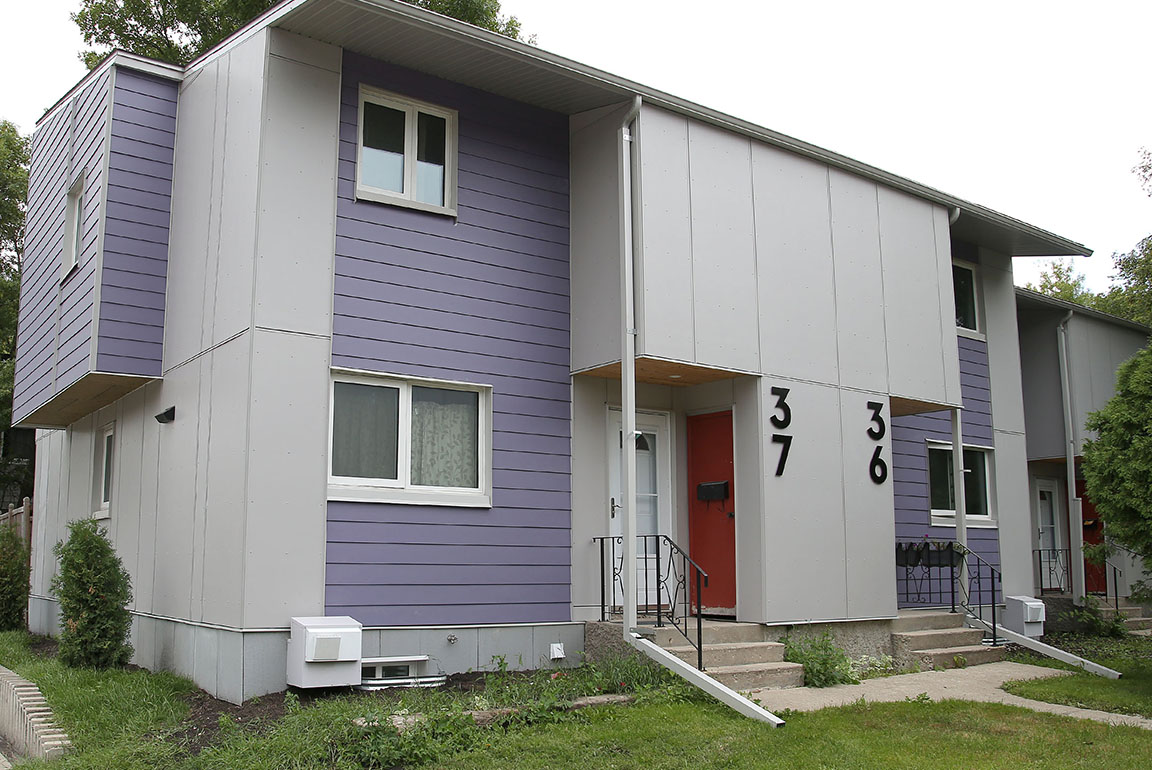 Manitoba’s largest housing co-operative, Village Canadien, is wrapping up a major upgrade and credits its relationship with Assiniboine Credit Union for realizing the project.

Village Canadien Cooperative is completing an impressive project that will benefit its residents for years to come. Several million dollars worth of renovations have been done to 137 out of 150 units at the organization’s River Road and St. Mary’s Road location in St. Vital, initially constructed in 1976.

But before Village Canadien could get started on the construction work, it first had to undertake a financial retrofit.

The co-op had been struggling under a 30-year closed mortgage with the Canada Mortgage and Housing Corporation (CMHC). In 2016, the organization decided to team up with Assiniboine Credit Union (ACU) to try to work out a more feasible mortgage. According to Village Canadien Housing Co-op General Manager David Gawthrop, the upgrades would not have been possible without refinancing.

“The mortgage with the CMHC was done at a horrendous interest rate,” David explained. “We were paying 13.25 per cent for decades.” Fortunately, they found a solution.

As part of its work with ACU, agreements were made with the CMHC in 2017 that enabled Village Canadien to become the first housing co-op to benefit from a federal program. This allowed mortgage pre-payments to the CMHC without penalties, and to access a new mortgage with ACU.

“Our monthly payment on the old mortgage had been $56,000 and we now pay $19,200,” David said. “ACU stepped up on two fronts — they funded our old mortgage, and they’re funding our new construction mortgage as well.”

Village Canadien was the first co-op in Canada able to break that mortgage and refinance,” said ACU’s Community Account Manager Mihaela Pirlog. “On top of this, they were adding a few million to do renovations. At almost the same amount they were paying the CMHC mortgage, they are now also able to do the major renovation. It’s a long process, but at the end it’s very rewarding.”

According to David, ACU’s commitment to working with co-operative enterprises has made for a solid relationship from day one.

ACU has a really good understanding of the co-operative mindset and mission,” he said. “The credit union understands we’re a not-for-profit enterprise, and they understand that we also have a healthy cash flow and can maintain certain loan-to-value ratios. But we’re not the same as a for-profit. It makes a big difference that ACU understands those distinctions.”

This differentiated approach fits with ACU’s affordable housing strategy, created in 2015, and with ACU’s triple bottom line of social, environmental and economic sustainability.

“The mix of tenants is amazing,” Mihaela said of Village Canadien. “They care about seniors, children, families and newcomers. It’s a beautiful place and if we can help make it a better place for tenants, why not?”

How this co-op benefits its members

For residents of Village Canadien, the co-op model is a big advantage.

Housing co-ops are based on providing at-cost residences. Members buy a non-interest bearing share in the co-op and have a direct, democratic say in its operation at member meetings. There is no landlord and no profit-motive, allowing members to share in the ownership of the co-op as a whole.

Basically, whatever it costs to operate the housing co-op is divided among its members and that’s their monthly housing charge,” David explained.

At Village Canadien, there are no fixed-term lease agreements and members are entitled to lifetime residency as long as they accept the responsibilities of membership. This is partly why Village Canadien is fully occupied, with a long waiting list for prospective members.

“I think a lot of it has to do with the cost. It’s really a well-positioned co-op in South St. Vital and it’s close to transportation and services,” David further explained.

Renovating to build a better future

The renovation process started in May 2018, which included extensive repairs and a long-term vision for the residences and its members.

In addition to the main structures, some landscaping is also being done and the co-op’s administration building is undergoing construction.

“It was absolutely in need of upgrade,” David said. “You have 1976 construction practices and here it is 2019. Things like two-by-four exterior construction had to be augmented to two-by-six, to add insulation. These are now much upgraded units.”

“The sustainability of Village Canadien has been greatly enhanced and we can continue to provide affordable, non-profit housing for our members for another 30 to 40 years. That’s the main driver for us.”

Alternative housing: From tiny homes to houses that float