Home Blog This inclusive Winnipeg organization lets the sunshine in

This inclusive Winnipeg organization lets the sunshine in 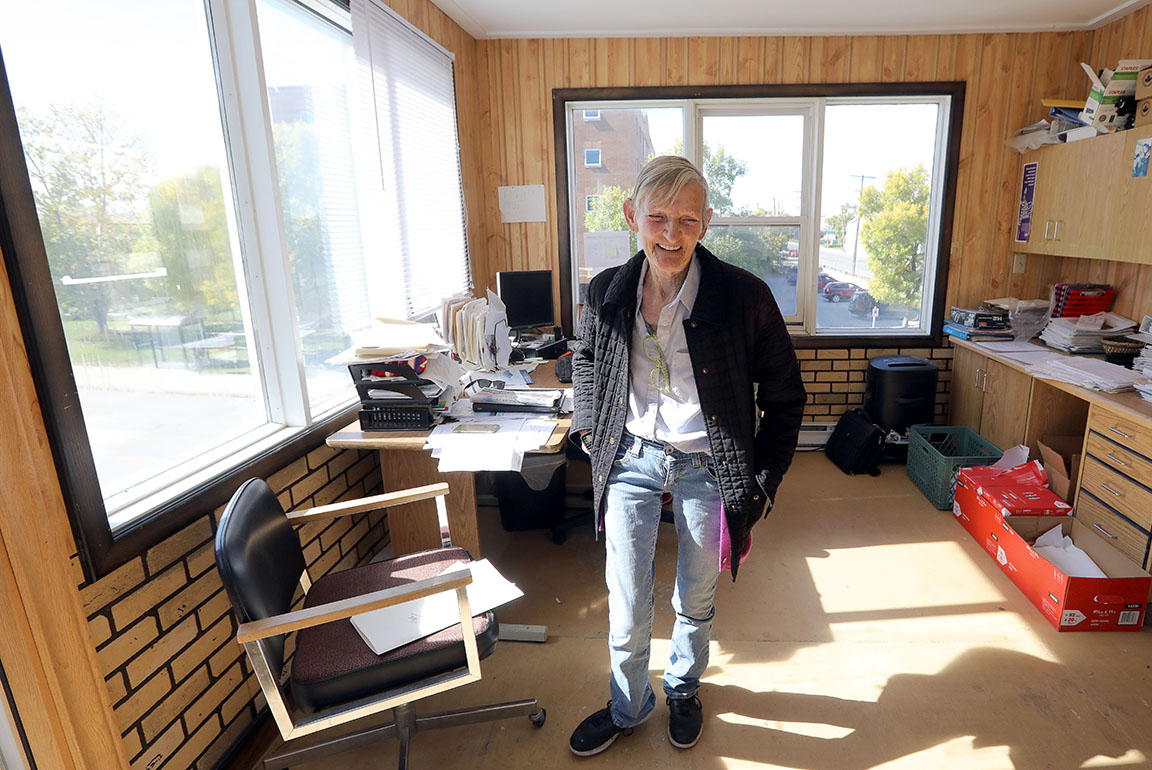 Sunshine House takes pride in not being easily defined. The community drop-in and resource centre at the corner of Logan Avenue and Sherbrook Street is there for anyone — especially those pushed to the margins — who feels they need anything, whether it’s harm-reduction supplies, camaraderie or just unconditional acceptance.

Former Executive Director Margaret Ormond, along with her small staff and some dedicated volunteers, take their lead from the marginalized community they serve. Sunshine House is there to assist insecurely-housed or homeless people, focusing on health, harm reduction and social inclusion.

We are a community resource for very underserved people living with addictions, street-involved, or marginalized because of their place on the gender or sexual spectrum,” Margaret said. The organization got its start in 1999 out of recognition for the need of a non-medical support venue for people living with or at risk of HIV, Hepatitis C and other infectious diseases, as well as the need to offer social support and links to services.

We follow a community development model, which means we treat people who come here as full citizens of the city,” Margaret said. “Not people who can’t do, but people who are not given opportunities. We want people to engage fully and take whatever opportunities we can put in front of them to serve their own communities.”

With a nursing background and past experience in community-based and clinical research, Margaret brought a wider perspective that has extended over 12 years at Sunshine House. “It helped provide me with a much better understanding of the community and the lived experience of people others saw as problems,” Margaret said.

Inclusion is a key principle,” according to Margaret who also notes that programming is participant-driven. “I might dream up all kinds of great ideas, but I need to take those things to people and say, ‘here’s the idea — what do you think?’ They get to decide. Every program works like that.”

This also contributes to the fun atmosphere that can flourish when taking a different viewpoint. “People talk about serious stuff like housing and trauma, and I get that,” she said. “Nobody talks about the benefits of recreation as a preventative tool or as a tool for mental health. We talk about having fun all the time.”

“Our whole program revolves around reducing stigma and helping people learn skills, develop capacity and have fun, so they can be citizens and not experience that kind of stigma anymore,” Margaret said. “We see stigma as the primary harm.”

Uplifting and enriching programs for all

Programming is underpinned by regular drop-in sessions on Monday and Wednesday evenings along with Sunday brunch, supported by donors and volunteers. The Street Feet foot-health program is also offered during the Wednesday drop-in, supported by in-kind assistance from Mount Carmel Clinic.

The “Like That” program provides a space for people exploring gender and/or sexual identity where they can gather for fun or skill building. Like That is supported by a grant from the Winnipeg Regional Health Authority and a donation from Queer People of Colour (QPOC) Winnipeg.

There’s also Room to Grow, a gardening and greenhouse project. The project involves an on-site cultivator to produce micro-greens and weekly summer trips to a Manitoba farm. Thanks to a generous garden plot gift from a farmer in Rosenort, participants in the Solvent Users’ Recreation Project learn how to plant, harvest and tend their crop.

These are people who almost never get out of the city. Nobody knew how to grow a thing (at first), but the sense of accomplishment was enormous and they were able to bring all this produce back for us to use in the kitchen. It was a marvellous experience,” Margaret recounted.

Past programming has also included Lit Up — literacy-based programming for street-involved individuals — and the Solvent Users’ Recreation Project, which spun off into the J.D. and the Sunshine Band musical project.

Last June, after months of community consultation, Sunshine House released the Managed Alcohol Programs in Manitoba Feasibility Report, which provided recommendations for both immediate and long-term steps needed to establish such a program in Manitoba. Managed alcohol programs (MAPs) work to improve the health, wellness and safety of people using alcohol chronically, experiencing homelessness and possibly using non-beverage alcohol, and this report

We needed to go to people first, which is what we do. Now we have a very comprehensive data set to go forward,” Margaret explained. “It’s a very different approach. The goal of managed alcohol is not sobriety, but wellness. That is consistent with what our overall harm-reduction goals are.”

Sunshine House is now working on securing funding and building strong partnerships with the Indigenous community and emerging communities in need.

One example is their rapid response to support the influx of refugees from the U.S. who came north starting in January 2017. “It came out of nowhere. They arrived here and many of them identified as queer or on that spectrum and heard about the Like That program.”

Many of these newcomers came with immediate basic needs, so Sunshine House sprung into action. “They had no clothing, boots — nothing,” Margaret recalled. “So a group of volunteers got together and developed the program as part of Like That to support them through the refugee legal process. It has been generously supported by organizations like QPOC. But it also remains underfunded, so we’re looking to find some additional money.”

Sunshine House and Assiniboine Credit Union have had a close connection for many years. Along with the drop-in program and other initiatives, ACU sponsored the Like That program’s second annual Two-Spirit Pow Wow. Most recently, ACU also provided the organization with a $5,000 grant to help cover part of the cost of a new part-time public relations and communications staffer.

Sunshine has existed on a shoestring,” Margaret said, highlighting the importance of grants such as these. “One of the things that could get left out was our ability to communicate well with donors and people in the broader community who have supported our work. We needed somebody to take over that communications function and social media and do it well with the sort of ‘brand’ we have.”

To Margaret, the relationship with ACU has also been successful because of a shared understanding of how a group like Sunshine House operates. “They have a sense of responsibility to community and they take it really seriously.”

ACU’s former Community Grants Coordinator Nan Colledge worked on the grant process with Sunshine House before her retirement earlier this year. “They are the most dedicated bunch,” Nan said. “I think what grabs me most is the incredible dedication of the people involved and that they are working with some of the most marginalized people in the city. It’s not a top-down organization — they totally recognize the need and work with what people need at the time to get them through.” 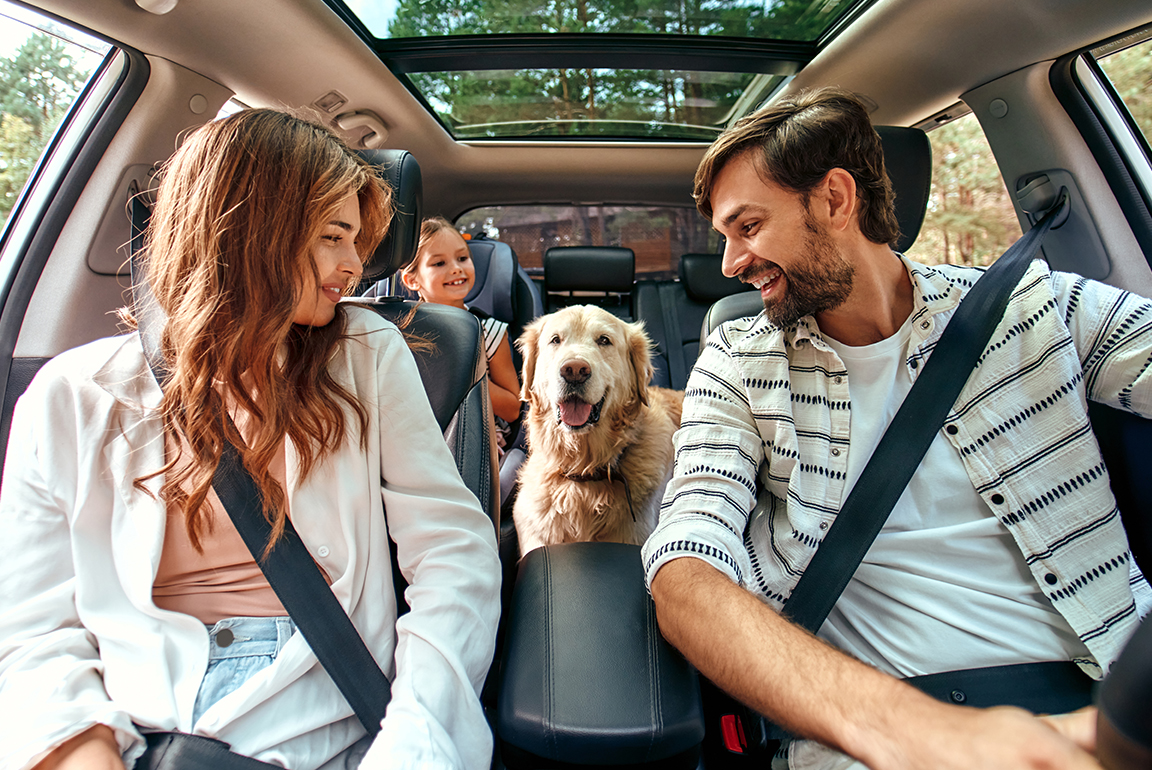