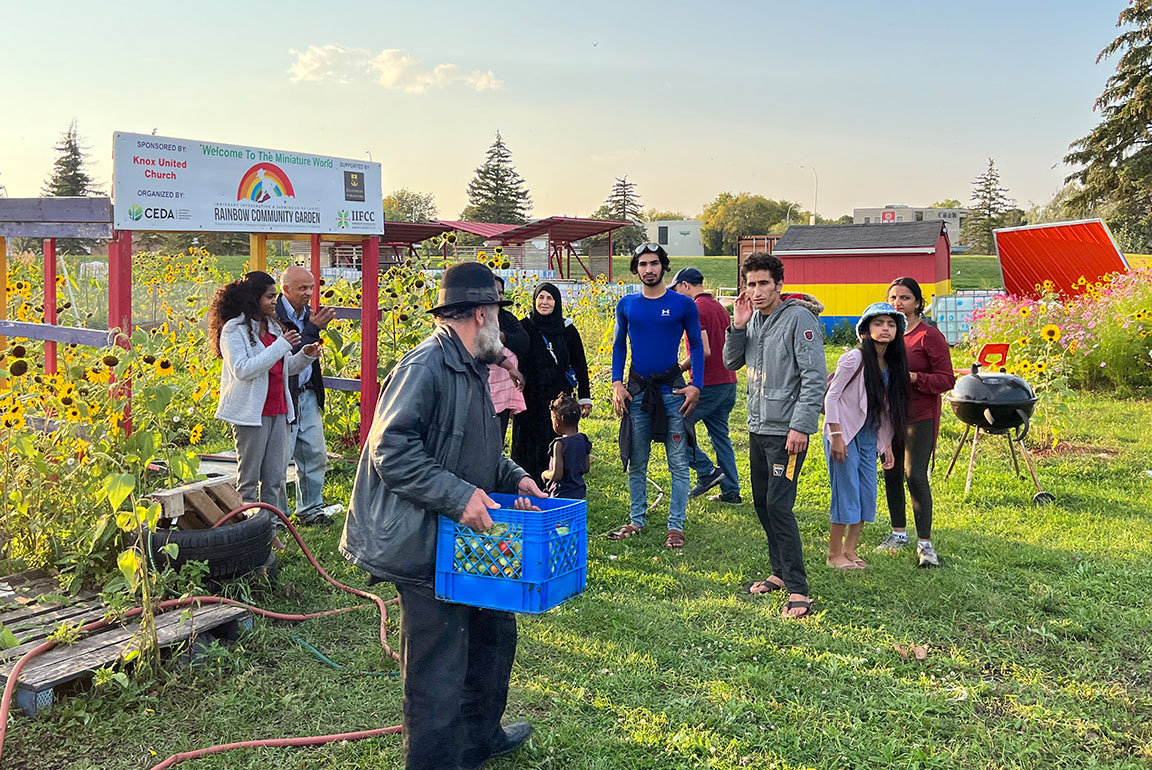 Winnipeg residents have already seen the makeover of the Merchants Hotel from the outside, but the next transformation is going on inside.

Originally built as a hardware store in 1914 and converted into a hotel in 1934, it had sadly morphed into a heartbreak hotel known for drugs, gangs and violence.

That all changed when, in 2018, the site got a new lease on life, renovated and reopened as Merchants Corner under a partnership involving the Province and a coalition of community groups.

“It’s been redeveloped from a place of misery into a place of hope,” says CEDA Co-director Tom Simms.

CEDA is engaged in another kind of urban renewal that goes far beyond bricks and mortar. Through education, it helps some of the city’s most disadvantaged youth rebuild their lives on a much stronger foundation.

Founded in 1979, CEDA is a community-based non-profit helping students, families, teachers and school officials in Winnipeg via three core programs:

“We work on how we can ‘build voices’ on a range of things to make sure social justice issues are being addressed in the inner city,” says Tom, who’s been with CEDA since 1981.

ACU’s relationship with CEDA includes administering bursaries to Pathways of Education graduates and, most recently, approving a mortgage for CEDA to construct a new building in Winnipeg’s North End. In partnership with local Indigenous organizations, CEDA will run an off-campus, culturally relevant education program at the facility for students who are registered in the Winnipeg school system “but aren’t going to school,” as Tom explains.

The mortgage for the new building, which is slated to open in December 2022, was provided by ACU’s Community Financial Centre, which specializes in creative financing solutions for non-profits, social enterprises, small businesses, startups and entrepreneurs.

“That new building was a great project to be involved in. CEDA’s a very strong organization and is really changing lives in the community,” says Bill Dinsdale, Senior Commercial Account Manager and Not for Profit Specialist at ACU. “What I love about my job is getting to learn about these organizations and the differences they’re making in the community.”

The power of 10 years of ACU’s Community Financial Centre

Bill adds that “Assiniboine Credit Union does things differently. “We focus on items like poverty reduction, housing, being an environmental leader and other values in that vein. It’s good to have people on our board who say, ‘you know, ACU can do better; we can do more for the community.’ That helps ACU stand out from other financial institutions.”

Renewal emerges as a common thread. The renewal of Merchants Corner went beyond a cosmetic renovation of the building’s facade, transforming it into a home for community organizations like CEDA.

Thanks to ACU’s community focus, CEDA continues to help Winnipeg youth renew their commitment to education, their connection to their culture and their hopes for the future.

For CEDA, true renewal is holistic, reflective, inclusive, collaborative and multi-generational. Tom sees it as constant — a process that must never truly stop.

“I think we continually have to strive for more and put our minds to it,” he says, with a final reflection, adding his own purpose. “Put it this way: I’ll always strive for more.”

Learn more about CEDA and its programming, including how you can donate to help the organization fulfill its mission.

Have you visited this award-winning Winnipeg ice cream shop?