Home Blog The inspiring life of Ed McCaffrey, one of ACU’s founding members

The inspiring life of Ed McCaffrey, one of ACU’s founding members 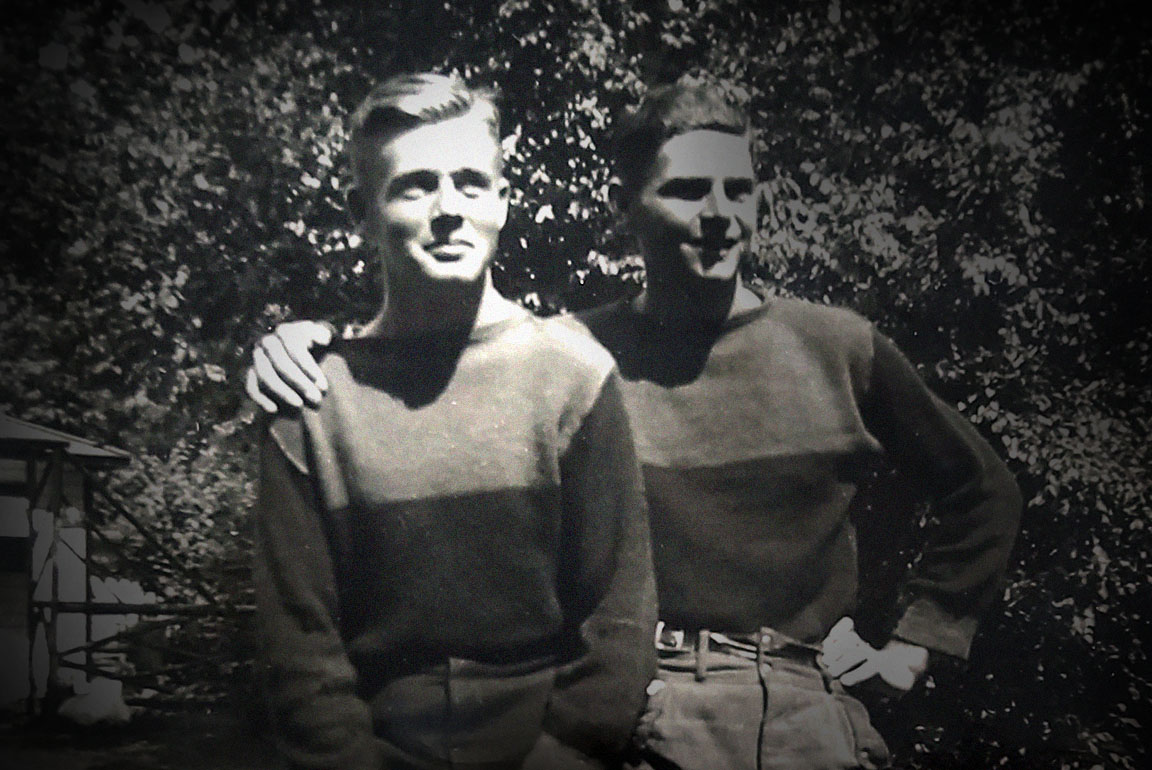 As we celebrate ACU’s 78th year this February 2021, we also reflect on the life of one of our founders who recently passed away at the incredible age of 100. Even into his final days this past October, having long since retired in Texas, Ed McCaffrey cherished the memories of building ACU back in Manitoba. In fact, the very first ACU pass book marked “No. 1” (showing all of a member’s banking transactions) remained one of his prized possessions.

Throughout his long life, Ed McCaffrey remained proud of his role in helping found ACU alongside a group of co-workers at the Winnipeg Electric Company. It was 1943, and the young 23-year-old third-generation Winnipegger was determined to create a better banking system for the entire community.

Canada’s economy had somewhat recovered from the Great Depression, however, hardship returned for many with the outbreak of the Second World War. Although Ed was unable to serve in the military due to a head injury sustained in his youth, he worked hard repairing meters in the Winnipeg Electric Company shop, which also operated Winnipeg’s streetcars.

During this time, Ed witnessed many working-class people who were being ignored by the banks. Without anywhere else to turn in their time of need, the average Winnipegger was left dealing with incredibly high interest rates from payday lenders. Ed was no stranger to the young credit union movement, having already been a member of St. Alphonsus Credit Union. This provided the savvy young man with the inspiration and motivation to do more. So, on his lunch hours, he started the legwork to create ACU.

In early 1943, the organizational meeting was held for Assiniboine Credit Union — today called ACU. During that first meeting, 15 people attended and $100 was paid into the share capital of the new credit union, named for the street the electric company stood on. ACU was formed as an “open bond” credit union, meaning anyone could join.

$40 of the initial share capital was spent on pass books and other supplies, leaving the rest as money to lend to its members. True to its mission, the first loan of $50 was provided to help a member settle medical debts—a critical loan in this era prior to public healthcare.

ACU’s earliest members were mainly co-workers at the electric company, along with members of their families. That family vibe extended right into the McCaffrey’s Norwood Flats home.

“The credit union was run at our kitchen table while my mother (Anne) was pregnant with me,” explained Ed’s daughter Ellen Koher, who now lives in Georgia. ACU’s other “official” places of business included McCaffrey’s workbench and the electric company lunch counter.

“He would jot down transactions during the workday and bring them home for our mother to put into more formal order,” recounted Ed’s other daughter, Patricia Piascik, who now resides in Texas.

Since Anne had previously worked as a bank teller, her skills and experience proved very beneficial in the McCaffrey household. Ed, on the other hand, took a characteristically resourceful route to his financial education, as he couldn’t afford post-secondary education.

“He registered at a business college, got the books, then cancelled his classes and taught himself accounting,” Patricia recalled of her father’s ingenuity.

Ed’s natural gift for numbers was clearly an asset within ACU’s initial success. Son Brian McCaffrey, who now lives in Delaware, recalled his dad’s math mind and his great ability to connect with people.

“When I was in grade school, struggling with mathematics, he explained to me in simple terms how he did multiplication, addition, etc., in his head. Believe me, he was a human calculator,” Brian explained. “I learned more about math in a few minutes with him than I had learned in what schooling I had received up to that point, and I have been able to retain and use his teaching throughout my life.”

Likewise, Ellen’s fond memories reflect their father’s confidence in keeping accurate financial records, even before there were official ACU “books.” In fact, for the first few years, the credit union’s assets were literally in Ed’s lunchbox. As the eldest daughter of the McCaffrey’s, Ellen would eventually have a career in banking herself, and her curiosity led to plenty of questions about the logistics of the fledgling credit union.

“I asked him, ‘When you collected this money, how did you do it?’ He said, ‘I put it in my lunch bucket.’ When I asked how he kept it safe, he said he took the trolley and one of the ‘boys’ would go with him,” she recalled of those early days. “Plus, all the trolley drivers were members, so he had no fear riding to wherever they kept the money.”

By 1946, ACU had outgrown the family home, acquiring an office and a clerk. Four years later, ACU boasted 33 members and assets of $2,567, and opened its first branch location on Pembina Highway.

While ACU was expanding quickly, so too, were the McCaffreys. The family would eventually grow to include six children, and since Anne was originally from New Jersey, they decided to set their sights south of the border. Ed’s direct involvement with ACU ended in 1948 when the family made the move to the U.S. to be closer to relatives in Indiana.

However, Ed’s achievements and history establishing ACU were not the end of his success in finance. After relocating, he worked for the Indiana Farm Bureau Co-op until he retired. With his quick mind for math, he worked in finance as an auditor and even processed data in the earliest days of business computers.

ACU has come a long way from the McCaffrey’s modest dream, now serving more than 125,000 member-owners with over $5 billion in assets and offering a full suite of financial services. ACU has evolved, but it has stayed true to Ed’s values, expanding its vision of financial services for the underserved and support for local communities.

“Dad was very proud of the fact he still had pass book No. 1,” said Patricia, who snapped a photo of him holding the booklet in the 90s. In fact, he always made it a point to maintain an ACU account and read annual reports for many years.

“It would have broken his heart if he didn’t have an ACU account any more,” Ellen recalled. “He made me promise I would never move it.”

After Anne passed away in 1979, Ed remarried a fellow Manitoban named Florence. His stepdaughter, Jane Hunter, and her husband reminisced about regular visits from Ed at their farm in Reston, Manitoba. Clearly still passionate about the credit union movement, Ed made sure to get to know the local credit union staff in the small community.

“Staff at the local credit union remember Ed with great affection, and they looked forward to his visits each summer,” Jane also remembered fondly of her stepfather. “He regaled them with stories of the early days of the credit union movement in Manitoba and they were interested to hear about Ed’s role in establishing ACU.”

“All the attributes inherent in the foundation of credit unions—vision, hard work, care for community and working people—fit well with Ed as we knew him.”

A legacy that will give back for generations

“Dad worked long hours as an auditor and then as a contract manager to multiple county co-operatives, but he still found time to volunteer his money management skills in the community. He was parish treasurer for years as well as treasurer of the local Carnegie Library Board.”

Even into his 90s, Ed continued to be active in the community, volunteering at local hospitals. He always found time to stay active, whether it was playing shinny in his youth, speed skating, cycling and camping with Anne, or continuing to walk miles a day until very late in life.

“As long as he could get out and see people, he was happy,” Ellen recalled. “He helped with libraries, he was a good churchgoer and he volunteered for all sorts of things. Those were the things that mattered to him.”

As ACU celebrates its 78th anniversary, we are still inspired by Ed’s dedication and commitment to his community. His vision for a credit union that would have a positive impact on its members and help them achieve their financial goals still carries forward in the ACU of today.

Without Ed’s hard work and determination in those early years, rallying the founding members, securing capital and tracking funds, ACU would not exist to help members in 2021 and beyond. Looking into the future, his legacy will continue to thrive in every ACU transaction, loan, partnership and community outreach program—and for that, we thank Ed McCaffrey and his entire family.